The Oregon NASA Space Grant Consortium (OSGC) is pleased to provide students attending our member colleges and universities opportunities to apply for scholarship awards that support their academic goals and recognize their achievements. Scholarships are open to new and continuing students in the disciplines of science, technology, engineering and mathematics (STEM), and STEM education disciplines. The scholarship program supports the National Aeronautics and Space Administration (NASA) objectives of fostering and encouraging career goals in STEM and STEM education. Individuals from under-represented groups in the STEM fields are encouraged to apply.

Scholarships are awarded through a competitive process. Note: Students receiving awards in past competitions may apply and receive awards for subsequent competitions.

Awards for the 2013-14 Academic Year will be made in the following categories:

For more information about the OSGC 2013-14 Scholarship Program, go to http://spacegrant.oregonstate.edu/scholarships.

Questions regarding OSGC Scholarship opportunities, application procedures, or eligibility may be directed to OSGC staff by phone at 541.737.2414 or via email to spacegrant@oregonstate.edu.

Visit the OSSI LaunchPad to find information about internship, fellowship, and scholarship opportunities. The site features the OSSI: Student Online Application for Recruiting Interns, Fellows, and Scholars (SOLAR). This innovative system allows students to search and apply for all types of higher-education NASA internship, fellowship, and scholarship opportunities in ONE location. A single application places the student in the applicant pool for consideration by NASA mentors.

Applications for summer opportunities are due March 15, 2013.

Visit http://intern.nasa.gov/index.html to find available opportunities and fill out a SOLAR application.

What challenges does NASA face on their quest to send humans to Mars?

NASA Astronaut Stanley Love is visiting Oregon State University on Monday, March 4, 2013 to answer that very question in his entertaining presentation, “Why Mars is Hard”! The presentation will start at 6 p.m. PDT in the Milam Auditorium (026) in Milam Hall at the corner of SW 26th Street and SW Campus Way on the OSU Campus.

The presentation is free of charge and open to the public. Media are invited to attend. During his talk, Dr. Love will give a fun rocket science lesson to help the audience understand why going to Mars is difficult and to hopefully inspire the next generation of scientists and engineers to pursue these challenges. A brief question-and-answer session will follow.

Dr. Love considers Eugene, Oregon to be his hometown. He was selected by NASA to be an astronaut in 1998. In 2008, Dr. Love completed his first spaceflight on the crew of STS-122, logging more than 306 hours in space. This included more than 15 hours in two spacewalks, where he helped prepare the European Space Agency’s Columbus Laboratory module for installation.

The event is hosted by the OSU AIAA (American Institute of Aeronautics and Astronautics) Student Branch and sponsored by the OSU School of MIME (Mechanical, Industrial, and Manufacturing Engineering). For more information about this appearance, contact Victor Dang
at dangvi@onid.orst.edu.

This is a great way for students who are interested in participating in a NASA student program to learn more about opportunities that are available for summer 2013.
You can be the face of NASA in Oregon!

FREE and OPEN TO ALL
Call 541-737-2414 or go to spacegrant.oregonstate.edu/student-symposium for more information. Accommodations for disabilities may be made by calling 541-737-2414.

Visit the OSSI LaunchPad to find information about internship, fellowship, and scholarship opportunities. The site features the OSSI: Student Online Application for Recruiting Interns, Fellows, and Scholars (SOLAR). This innovative system allows students to search and apply for all types of higher-education NASA internship, fellowship, and scholarship opportunities in ONE location. A single application places the student in the applicant pool for consideration by NASA mentors.

Applications for summer opportunities are due March 15, 2013.

Visit http://intern.nasa.gov/index.html to find available opportunities and fill out a SOLAR application. 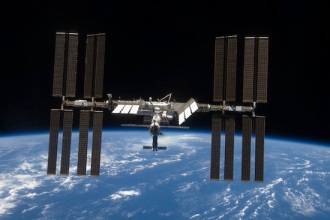 Conduct research in space and make new discoveries! The adventure begins in 2013. The ISS NASA Education Projects Office is now accepting proposals from higher education institutions or consortia of organizations serving higher education that are interested in conducting research in space and have concepts for flight experiments or demonstrations that utilize a microgravity environment and can be conducted in a ‘1 unit’ (1U) NanoRacks NanoLab.

· Must address innovative, meaningful, and enduring research and technology development activities with STEM –based context

About us: The ISS NASA Education Projects Office acts as a gateway to the space station for students, educators, and institutions of learning and helps to strengthen the connection between space station and STEM education.

Registration is now open for the 20th annual NASA Great Moonbuggy Race, which challenges high school, college and university students around the world to build and race fast, lightweight “moonbuggies” of their own design.

The students’ work will culminate in two days of competitive racing April 26-27, 2013, at the U.S. Space and Rocket Center in Huntsville, Ala. NASA created the event two decades ago to complement classroom learning, provide young thinkers and builders with real-world engineering experience and inspire them to consider careers in science, technology, engineering and mathematics — the STEM fields.

“It’s our goal to keep the wheels turning,” said Tammy Rowan, manager of the Academic Affairs Office at NASA’s Marshall Space Flight Center in Huntsville, which organizes the race each year. “The ingenuity and enthusiasm we see among racers begins in the classroom. That first spark of interest — whether it’s in basic chemistry or astronomy or the history of spaceflight — starts the wheels turning. The Great Moonbuggy Race helps sustain that momentum, turning interest into passion, and dreams into a lifelong pursuit of new answers and new horizons.”

International registration for the 2013 race closes Jan. 7. Registration for U.S. teams closes Feb. 4. Participating high schools, colleges and universities each may register up to two teams
and two vehicles. For complete rules and to register, visit: http://moonbuggy.msfc.nasa.gov

When Marshall created the race as a regional college challenge during the 1993-1994 school year, only eight teams participated. The high school division was added in 1996, and registration has swelled ever since.

Racers compete to post the fastest vehicle assembly and race times in their divisions, while incurring the fewest penalties. Prizes are awarded to the three teams in each division that finish with the lowest final times. NASA and industry sponsors present additional awards for engineering ingenuity, team spirit, best debut by a rookie team and more.

The course, built each spring on the outdoor grounds of the Space and Rocket Center, comprises a winding half-mile of gravel embankments, sand pits and obstacles that mimic the harsh surface of the moon. The race’s creators drew inspiration from conditions faced by the Apollo-era Lunar Roving Vehicles. Three rovers built at Marshall in the late 1960s were used on the moon during the Apollo 15, Apollo 16 and Apollo 17 missions in 1971 and 1972.

Today, the students’ moonbuggies address many of the same design challenges NASA and industry engineers overcame to deliver those historic rovers. The vehicles dramatically expanded astronauts’ reach across the lunar surface and enabled them to conduct much more scientific research during their brief stays on the moon.

In the most recent Great Moonbuggy Race, held in April 2012, more than 70 teams tackled the course. Petra Mercado High School in Humacao, Puerto Rico was first place in the high school division. The University of Alabama in Huntsville won first place in the college division. Petra Mercado, in only its second year in the competition, earned a completion time of 3 minutes and 20 seconds. The winning University of Alabama in Huntsville team finished in 4 minutes and 3 seconds.

To date, more than 5,000 students from around the world have participated in the races. Past winning teams have hailed from Alabama, Arizona, California, Illinois, Indiana, Kansas, Kentucky,
Louisiana, Missouri, New Hampshire, New Jersey, New York, North Dakota, Ohio, Puerto Rico, Rhode Island, Tennessee, Utah and Wyoming — and from Canada and Germany. International racers have come from as far away as India, Italy, Romania, Russia and the United Arab Emirates.

Racers from Erie High School in Erie, Kan., have held the record for the best course-completion time since 2008. Their best overall time of 3 minutes and 17 seconds earned the first-place trophy in the high school division that year.

More than 350,000 people watched live and archived coverage of the spring 2012 race on NASA TV and on UStream. For archived footage of the competition, visit:http://www.ustream.tv/channel/nasa-msfc

For images and additional information about past races, visit: http://www.nasa.gov/moonbuggy 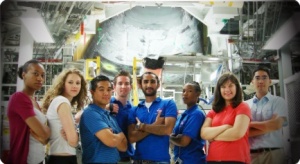 Calling all university students who see themselves as future leaders in the Aerospace Program….the NASA Academy, an intensive ten-week residential summer experience, is for you!

Conduct hands-on research at a NASA center, live with other highly motivated interns, participate in group projects, and network with NASA leaders and industry experts. Interested students must first create a profile on the NASA SOLAR website at http://intern.nasa.gov and then apply at http://www.AcademyApp.com. Applications are due January 22, 2013; selections will be made in early February, 2013.

For more information go to http://www.AcademyApp.com

OSGC maintains a diverse array of programs to support space science and engineering and aims to help develop a strong science, mathematics, and technology education base at all educational levels. Our blog is designed for easy access to both educators and the general public. We hope that you will find the site useful. You may also want to visit our primary website for more information regarding many of the programs administered by the Oregon Space Grant Consortium.